Building a New Building: A Guide

The sound made by dripping water when a shower tap is leaking can be very distracting. That leak can also cause your water bill to shoot up if the problem is not fixed quickly. This article discusses some helpful tips that you should keep in mind if you decide to repair that leak without the help of a professional.

Don't Over Tighten the Handle

Many people instinctively crank the handle of the tap very hard when they notice that water is still dripping after they have turned the tap off. This tendency may also carry over when you attempt to fix the problem but water still drips from the tap. Avoid cranking the handle very hard. Cranking it with force may cause additional damage to internal components, such as seals and O-rings. Instead, disassemble the tap and try to observe whether there are damaged parts that you did not replace.

Know Where to Shut Off the Water Supply

Some homeowners put themselves under unnecessary pressure to complete the shower tap repair quickly. This is because they shut off the water at the water mains so that other occupants of the home cannot access any water until the repair is completed. You can avoid this pressure in two ways. First, choose a time of the day when most family members are away. In this way, you will not be in a rush to complete the repair quickly. Secondly, there may be a shut off valve behind the bathtub. Check for an access panel that can enable you to use this valve to shut off the water to the shower tap without affecting the water supply to rest of the house.

Replace as Many Parts as You Can

One component, such as a broken seal, may have caused your shower tap to start leaking. The natural thing to do would be to replace only that defective component. However, it may be advisable to replace as many tap components, such as O-rings and washers, as you can during that repair exercise. This is because most parts of that tap will start wearing out at approximately the same time. Replacing several components at a go will help you to stave off having to perform another repair on that same tap when another component fails shortly after you repaired the first component that caused the initial leak.

Place Rags Underneath the Tap

The shower floor or the bathtub may be damaged by falling tap components as you fix the leak. Those tap components can also fall into the drain as you disassemble them. You can prevent these two undesirable situations from arising by placing rags underneath the shower tap before you begin the repair process.

Keep the suggestions above in mind and your repair will go without a hitch. In case the leaking shower persists, consult a professional for help. 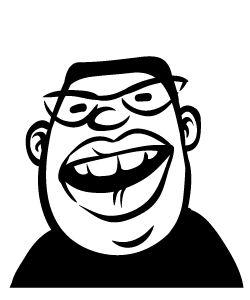 Hello, my name is Peter. I am a small business owner from Perth, Australia. I have been lucky enough to be successful in what I do. This means that I am often setting up new business premises. Often this involves having to build new factories and warehouses. On a personal level, I have also build a few homes for my family which are scattered across Australia. All this construction work means that I have had to learn how to work with many different types of contractors in order to get the job done. I decided to start this blog to offer others advice about the construction industry.